Today is the first day of July and I decided to begin this new month with my first contribution to Dolce Bellezza’s Japanese Literature Challenge X for which I signed up about two weeks ago. Despite me I picked a crime novel for review, but not a usual one surrounding murder and the more or less ingenious enquiry of a police officer, private investigator or nosy amateur who will without fail unmask the killer at the end. The Thief by Nakamura Fuminori rather belongs to noir fiction since it’s basically social critique as well as the character study of a young man without notable past… and without future. He has just returned to Tōkyo where he leads a solitary and frugal life going about his business as a pickpocket, when a dangerous gangster boss intimidates him into using his deft fingers to do three delicate stealing jobs for him.


Nakamura Fuminori (中村 文則) is the pen name of a Japanese writer born in Tōkai, Aichi Prefecture, Japan, in September 1977. After graduating from the Faculty of Administration and Social Sciences at the University of Fukushima, he worked part-time while writing his debut novella The Gun (銃: 2002) that won him the Shinchō Prize for New Writers. It was followed by a few short story collections and a considerable number of novels, many of them award-winning. His novels available in English translation are The Thief (掏摸: 2009) and its sequel The Kingdom (王国: 2011), Evil and the Mask (悪と仮面のルール: 2010), and Last Winter, We Parted (去年の冬、きみと別れ: 2013). The author’s latest published work is 私の消滅 (2016; google trans. My Disappearance). Nakamura Fuminori lives in Tōkyo, Japan.

The world of The Thief is contemporary Tōkyo with its crowded streets, trains, stations, shops and bars where it’s easy for an inconspicuous nobody in expensive clothes and sneakers like the nameless narrator to find a suitable victim to steal from. For him picking pockets has long become a habit and sometimes he even finds foreign objects on himself that he can’t remember having taken. Half jokingly he refers to this as Pick’s disease or early-onset dementia. In fact, he has been stealing virtually all his life and never felt any guilt or wickedness when he did it because he experiences it as liberation – even when he is caught.


“… The world was fixed and rigid. It was as though time flowed at its own pace, anchoring everything, pushing me from behind, little by little moving me somewhere. When I reached out my hands for other people’s things, however, in the tension of the moment I felt I could be set free. I felt I could separate myself just a little from the unbending world.”

He works alone, but this hasn’t always been so. For a while he teamed up with an older and more experienced petty criminal with “Robin Hood” attitude called Ishikawa who got involved with the dangerous underworld boss Kizaki, though. After a robbery for which Kizaki hired the two thieves, Ishikawa disappeared without a trace and fearing that Kizaki was after him too, the narrator left Tōkyo for some time. Now he is back at last and his life is as ever until in a supermarket he watches a little boy and his mother.


“… The woman, her damaged hair tied in a ponytail, touched the boy lightly with her knee. At that moment he slipped a packet of fish fillets into the Uniqlo bag he was carrying. A towel had been placed inside and by shaking the paper bag the stuff was hidden. …”

He doesn’t quite know why, but he warns them that the store detective has seen them. It isn’t his last encounter with the little boy and the mother. A couple of days later he catches him again shoplifting, this time alone although with a “shopping list” from his mother, and interferes once more saving the boy from the shame of being caught and “exposed to the world as ‘that kind of kid.’”. From then on the boy seeks his attention and even shows up at his shabby room. He doesn’t turn him away because he wants to help. After he has given the boy money so he doesn’t need to steal for a while, his mother comes around to get more money out of him since her boyfriend (and pimp) needs lots of it. Alas, his new relations don’t remain unnoticed. Kizaki has spotted him and threatens to kill boy and mother if he doesn’t do three tricky jobs for him...

The novel titled The Thief is a first-person narrative from the point of view of its nameless protagonist (in other words of a nobody) who lives on the dark side of life. The rather eventless plot shows him as a victim: of the unfavourable circumstances into which he was born; of society that doesn’t care about the poor, weak and wounded; of gangster boss Kizaki who amuses himself using others for his purposes as if they were puppets. This makes it a social critique. The narrator also is quite a loner because as a pickpocket he moves outside honourable society, and despite all, he hasn’t lost his humanity and his ability to get attached to somebody, if not to love as prove his past relations to his married lover Saeko and his fatherly friend or mentor Ishikawa. Moreover, he feels pity for the boy whose mother makes him shoplift in the supermarket and he wants to guide him towards a happier fate than has been his own. In all of this the world of petty crime serves as the bleak background for asking the philosophical question whether we are all just driven by what happens to us, i.e. by fate, God or society (symbolised by the tower that appears ever again in the novel), or whether we are able to choose our own way. The narrating protagonist clearly believes that there’s at least a chance for the last which adds just a pinch of optimism to the otherwise sombre story.

Not being a huge fan of the crime genre, I was a bit doubtful when I picked The Thief by Nakamura Fuminori for review, but I needed a book by a contemporary male author whose last name started with N and I wanted him to be Japanese. I’m glad that I came across this novel because I enjoyed it so much more than expected although it certainly wasn’t a cheerful read, actually not even a thriller in the usual blood-dripping sense. In fact, there isn’t much action, not even a crime to be solved. And the general tone of the novel is quiet, not to say melancholy though not entirely hopeless as I pointed out. In short it’s a skilfully written, gripping noir… and I loved it! Therefore I recommend it without reserve.

This review is a contribution to
(images linked to my reading lists): 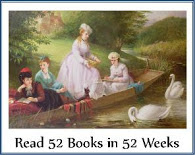 Dear anonymous spammers: Don't waste your time here! Your comments will be deleted at once without being read.